Increase the size of a LUKS encrypted partition 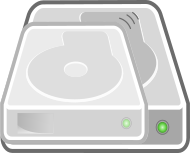 Even encrypted discs or partitions sometimes need to have their size increased. A LUKS encrypted volume consists of different layers which all need to be resized.

To resize an encrypted volume, multiple steps have to be performed to use the additional space. This article assumes that there is space on the disc available which is not yet used. The steps to increase the volume size are:

Before starting to resize a volume or its partition, a backup should be created. The dd(1) utility would allow to create a disc image and could be used to make a backup.

To resize the encrypted LUKS volume, the partition it uses need to be increased first. This can be done using parted(8).

As the above output shows, the disc is a 60,0GB disk containing one 30GB partition. This partition is resized to use the full disc. It’s important at this point that the free space is after the partition to be resized. The “resizepart” command is used to resize the partition by specifying a new “End” for the partition.

The device specified in the above command is the resized partition containing the LUKS encrypted volume. The name on the opened volume “sdb1_crypt” is used to address the volume.

With “cryptsetup(8)“, the LUKS volume can be increased to fill the resized partition. The “resize” command takes the volume name as specified while opening the volume in the previous step.

The above command would not show any output without the “-v” option. With the option, the success message as shown above is printed to the console.

With the file-system resized, the volume can be mounted and used with the new increased size.