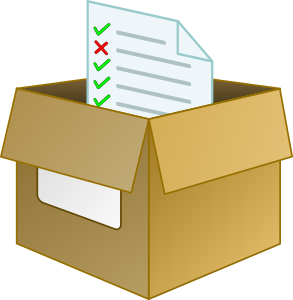 Installing packages via rpm usually provides a lot of comfort. Simply installing an rpm deploys all files related to that package wherever they need to go across the system. Some packages distribute hundreds of files into different sections of the filesystem, some of them are configuration files, others are binary files. In most cases, all those files are silently managed and updated by rpm(8). Most of the time rpm is not used directly to manage packages, but rather a high-level package manager like yum or dnf is used.

To verify the state of all files installed with a certain rpm, the rpm(8) command provides the “–verify” parameter.

The –verify parameter causes rpm to verify all the files of a given package against the specification of the rpm when it was installed/updated. The output of the above command will present a list of files and directories that differ from the rpm specification. As part of the output, their deviation from the specification of the rpm is shown as well. There are a number of deviations to be expected. Configuration files for example are expected to show changes compared to the rpm’s initially deployed files.

Each line starts with a 9 character string representing the results of 9 different comparisons. An explanation for the comparison results can be found in the rpm(8) man page in the “VERIFY OPTIONS” section. Each character represents a different property that is verified by rpm. Comparisons that succeed are represented with “.”.

The following example shows the output of the verify command for the openssh-server rpm. The only modified file, as expected, is the sshd_config.

As the flags indicate the file shows a different file size (“S”) indicating that the change made changed the size of the file, The “5” indicates the change in the file’s checksum, as the config file was changed. Finally, the “T” indicates a change in the modification date with corresponds with the change of the configuration file. The “.” between and after the flags show that the other checks succeeded.

The letter “c” after the flags is an attribute marker, “c” being the marker for config files. The complete list of attribute markers can be found in the rpm(8) man page in the “VERIFY OPTIONS” section.

In case of a missing file, the 9 character comparison results are replaced by the string “missing”.

It is also possible to check all of the rpm’s that are installed on a system using the “–all” option. Sadly it does not indicate which package the reported differences are related to. Nevertheless this option can be helpful to get an overview of all changes on a system.

The output could simply be sorted to get the rpm’s with the most files differing or just the rpm name.

This entry was posted in Linux Administration and tagged rpm. Bookmark the permalink.