Add a line into a huge file 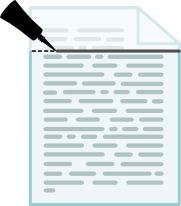 Handling huge files can be a massive challenge. In a previous post I have shown how to remove a range of lines from a huge file (which can also be used to just read a number of lines out of the file as well). But what if you need to add a line at the beginning of the file or at a specific point?

As I did in my post ‘Remove a range of lines from a huge file‘, I will use a database dump file to show how you can add a specific line to a huge file.

Assuming that we have a rather large sql dump to import, but don’t want to have the changes replicated to the replication slave, we need to add a line at the beginning to disable logging to the binlog. Handling files of a couple of GB can therefore be tricky.

With sed it is possible to add a line at the beginning (or any other line number) of the file as well as at the end of it. The following command would add the above described commands to the sql dump.

The second edit command starts with “$a” where the “$” sign represents the last line and “a” indicates append. This is again followed by the content to be added.

To check the correct insertion of the lines, use the “head” and “tail” commands. to show the first and last lines of the file.

The “-n” option on both commands controls the number of lines to show. As the SQL_LOG_BIN only has effect to the current session, it can be omitted if you close the sql session after importing the dump.

This entry was posted in Linux Administration and tagged sed. Bookmark the permalink.