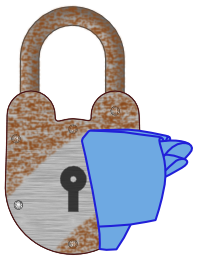 SSH is a secure shell access to a Linux server. To ensure security, the default configuration provided by most distributions is not enough. SSH uses a number of cryptographic techniques to ensure that the information sent and received via ssh is secured. Over time some of those cryptographic methods have been proven insecure or not secure enough.

This article will show the configuration for a CentOS 6 server. As CentOS is a very conservative distribution, the OpenSSH client and server version is quite old. This does not necessarily mean that the ssh version is insecure or full of bugs as CentOS and RHEL developers still patch security issues in this “old” version.

There is a lot of information available to secure an ssh server without the need to study cryptography for years. Here are a few of them.

* BetterCrypto.org – Applied Crypto Hardening
This website provides a easy to follow pdf to secure SSL/TLS and SSH. The pdf contains example configuration and explanation for a wide range of daemons from apache, nginx, OpneSSH in different versions, … and much, much more.

* Mozilla Wiki – Security/Guidelines/OpenSSH
This page from the Mozilla wiki focuses on ssh security only. It provides different configuration examples for the different versions of ssh used in different distributions. It also explains the use of Two-Factor authentication for ssh.

* Secure Secure Shell
This Guide focuses entirely on OpenSSH secure configuration. In this Guide a lot of easy to understand background information is provided to help understand why and where the different cryptographic methods are used. It describes as well why certain methods are excluded.

The selected guide is separated into two sections for the up-to-date distributions and the conservative distributions like CentOS 6. Following the guide, add the following suggested configuration lines to the sshd config (/etc/ssh/sshd_config).

The other suggested options can be added to the sshd configuration as well if not already set. Before sshd is restarted, check the sshd config to be valid (-t) and show debug infos (-d) where the -d can be provided multiple times to show more details.

If the sshd configuration is not valid, the output will tell exactly which option and even the value that is invalid. In this example the “KexAlgorithms” contains the value “curve25519-sha256@libssh.org” which is valid but not understood/supported by this version of OpenSSH.

With a valid sshd config, the output will look like the following example.

After verifying the sshd configuration, the ssh daemon need to be restarted to activate the new configuration.