Monit restart not working on CentOS – no pid-file after restart 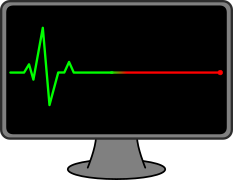 Monit is a monitoring tool that can monitor processes, files and more. In the event of a failed monitor, monit is able to alert or trigger an action. Often the action triggered is to restart the monitored daemon. With the current repository version from CentOS (verion 5.5) monit does not properly restart many daemons. In the following I will explain the reason as well as a possible solution.

As a side effect, it is not possible to end the daemon by executing the init script with “stop”. Most of the time it is necessary to terminate the daemon manually by obtaining the PID from the process list.

The version 5.8.1 (the latest at the time of writing) supports a configuration item named “restart program” which can be used to execute the init script with the “restart” option. This way the init script takes care of the correct stop and start timing and the daemon is properly restarted.

After downloading the package, it needs to be unpacked and moved into place.

The configuration of monit is the same as with the version 5.5 provided by the CentOS repository except the possibility to provide the “restart program” configuration item which resolves the issue described above. A simple example configuration for the ssh daemon would look like this.

This way, when “monit restart” is executed, instead of executing the stop and start commands the restart command is executed and the control of the timing is given to the init script.

Personally I think this way of resolving the issue is not a real solution but more a workaround. Sadly the developer of monit seems to see this a bit differently.

This entry was posted in Linux Administration, Monitoring and tagged CentOS, monit. Bookmark the permalink.